Tucked away from the main road, Tim Szurgot’s house is not accessible by car and instead requires a brief walk through a narrow leafy gate. The path leads to a rickety wooden bridge over the Slate River, which is relatively low and slow in late summer.

The slate twists and turns in Szurgot’s garden, and as the hill recedes from his home, the earth slowly dissolves into willows and wetlands, some of Colorado’s most productive. The wetland ecosystem is teeming with life and home to over 60 species of birds – the source of the neighborhood’s name: Wildbird.

Among migrating waterfowl and wandering elk, Szurgot described the Slate River Valley as a great blue heron “highway.” Chances are if anyone sees a heron in Brush Creek or Cement Creek or anywhere else in Gunnison County they’ll come back here, he said.

The evergreens that surround the upper Slate River are home to a colony of great blue herons, divided into an upper and lower colony – perhaps the highest colony in the country. To protect herons during their nesting period, the 4.4-mile stretch of meandering Gunsight Bridge river, nestled at the entrance to the Oh Be Joyful drainage downstream of the Rec Path bridge in town, has a recommended no-float period at from March 15. to July 15.

Flashing back 50 years when the first homes were built along the slate in the 1970s, Szurgot said the Wildbird community was one of the first to draw attention to the disturbance created by the floats that passed under the nesting herons which arrive in March each year to breed, whether the valley is covered in snow or not. Although residents and visitors have floated the Slate “since forever,” the explosion in popularity of stand-up paddleboarding after 2010 drew at times nearly 100 people a day to the upper stretch and under nesting herons. 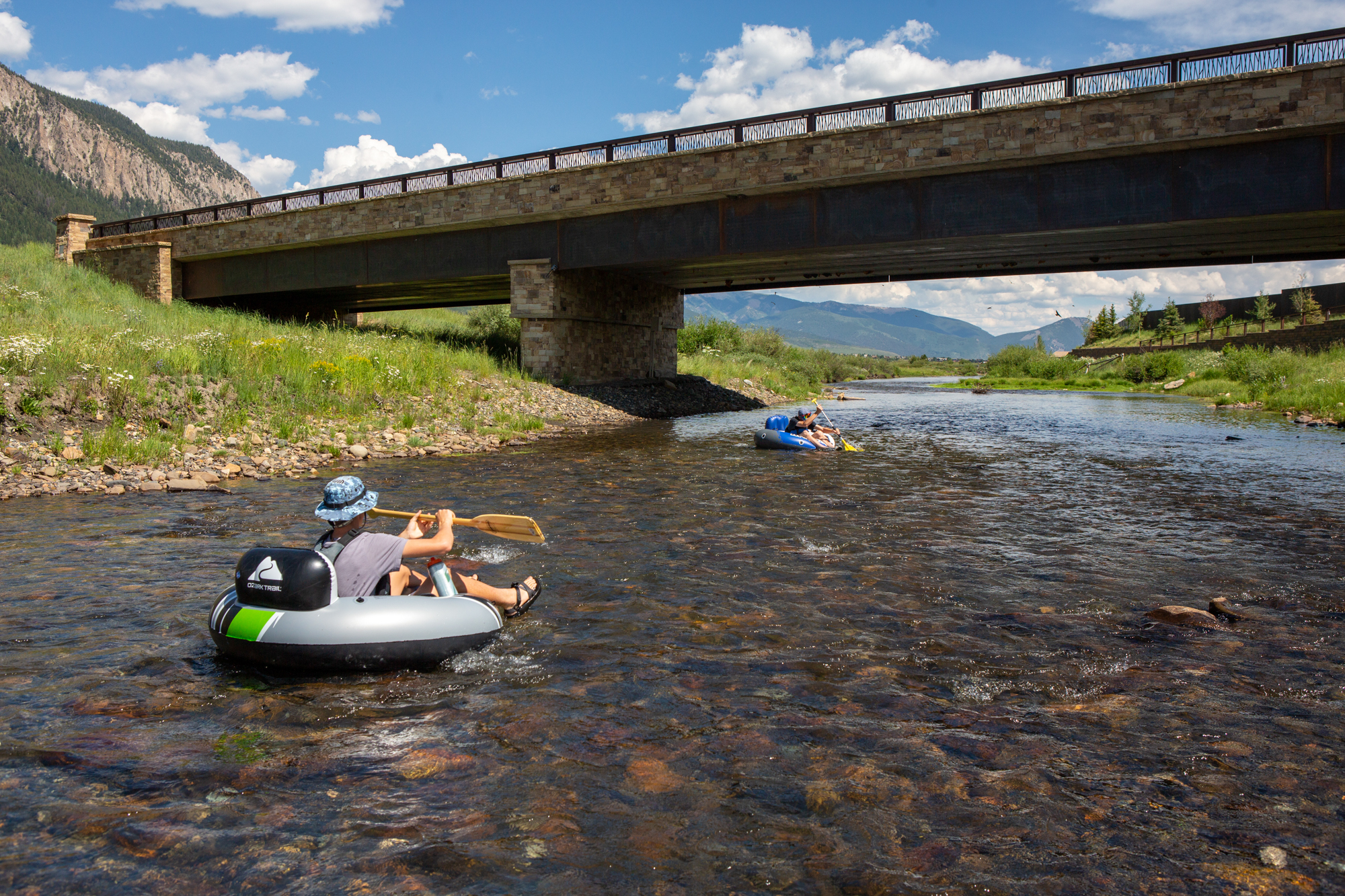 Launching tubers from the new Slate River boat launch, which was built in fall 2021 and opened this spring

Worried about the heron population as river recreation exploded, neighbors traveled to the Crested Butte Land Trust to seek a solution. In 2018, the Slate River Task Force – made up of more than 15 stakeholders including representatives from the town of Crested Butte, the ranching community, local businesses, environmentalists and land management agencies – was formed to resolve the conflict between river recreation enthusiasts and the nesting herons that called the once quiet home of the slate.

Today, 2022 marks the end of a five-year study that quantified river use, brought in river stewards, and launched a community campaign to protect the settlement in one of the world’s largest wetlands. more pristine in the state. As the study draws to a close, the community’s willingness to compromise makes it a success story, backed by residents who hope the herons will return year after year and long after they have disappeared. 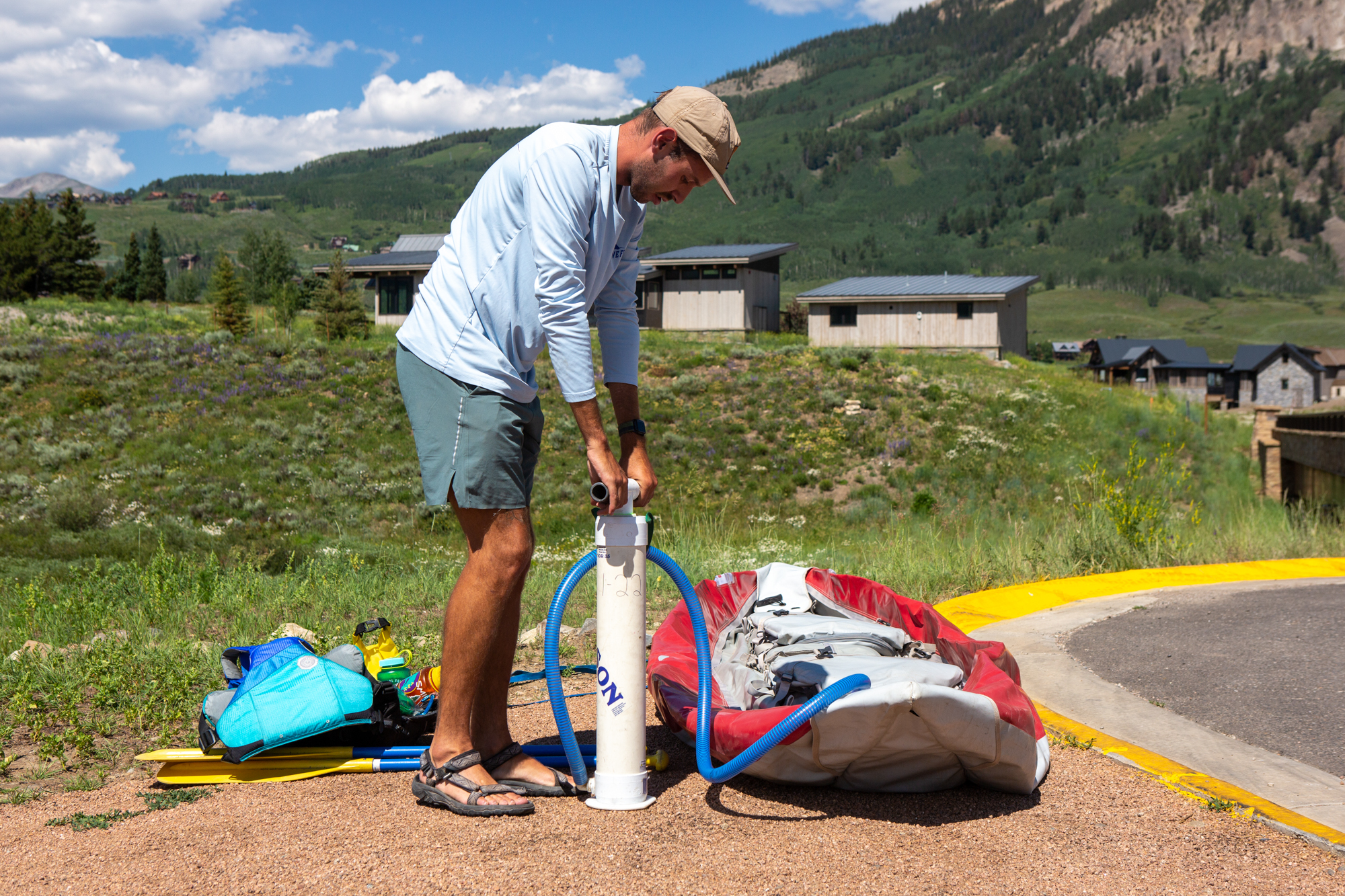 Crested Butte resident Antonio Valdez inflates his paddle board at the Slate River boat launch, primarily for the lower stretch of the slate.

“It’s still a wild place, although we’re right next to town,” Szurgot said. “I want it to be like this for my children.”

Szurgot grew up in the Chicago cityscape and didn’t even know what a great blue heron was. When he and his family moved to Crested Butte in 2011, he said he had no idea how magical the place was and the responsibility that came with it. His family has made sacrifices in an attempt to preserve the landscape they live in, only venturing so far into the backyard and refraining from floating like before.

“We should all try to be part of the solution, which is not easy in our time,” he said.

The Wildbird Subdivision has been home to residents who have fought not only for the birds, but also for the wilderness of the place. But it’s getting harder and harder, he says. Directly downstream, a multi-million dollar home is being built near the edge of the wetland.

“When the money comes in, it’s hard to fight,” Szurgot said. “It’s hard to resist that.”

Szurgot said the work done by the Slate River task force gives him hope the birds will recover. This summer it has seen less than 60 watercraft pass under herons, with traffic mostly moving to the lower reaches where up to 100 floaters, boaters and tubers pass in a single day.

“Some people have the narrative ‘oh, they’re just loud landowners who don’t want people crossing their property’ and that’s not it at all… If people still want to float it, float it , but be aware that your recreation is potentially changing the composition of a place.

“We have already taken so much”

With a spotting scope slung over his shoulder, Pat Magee trudged through the forest that meandered along the Slate River, the peak of Gothic Mountain visible on the horizon. In the distance, heron chicks called out for dinner as a parent landed on the nest. To a passerby, the sound was loud and harsh, like the sound of tiny food-hungry dinosaurs. 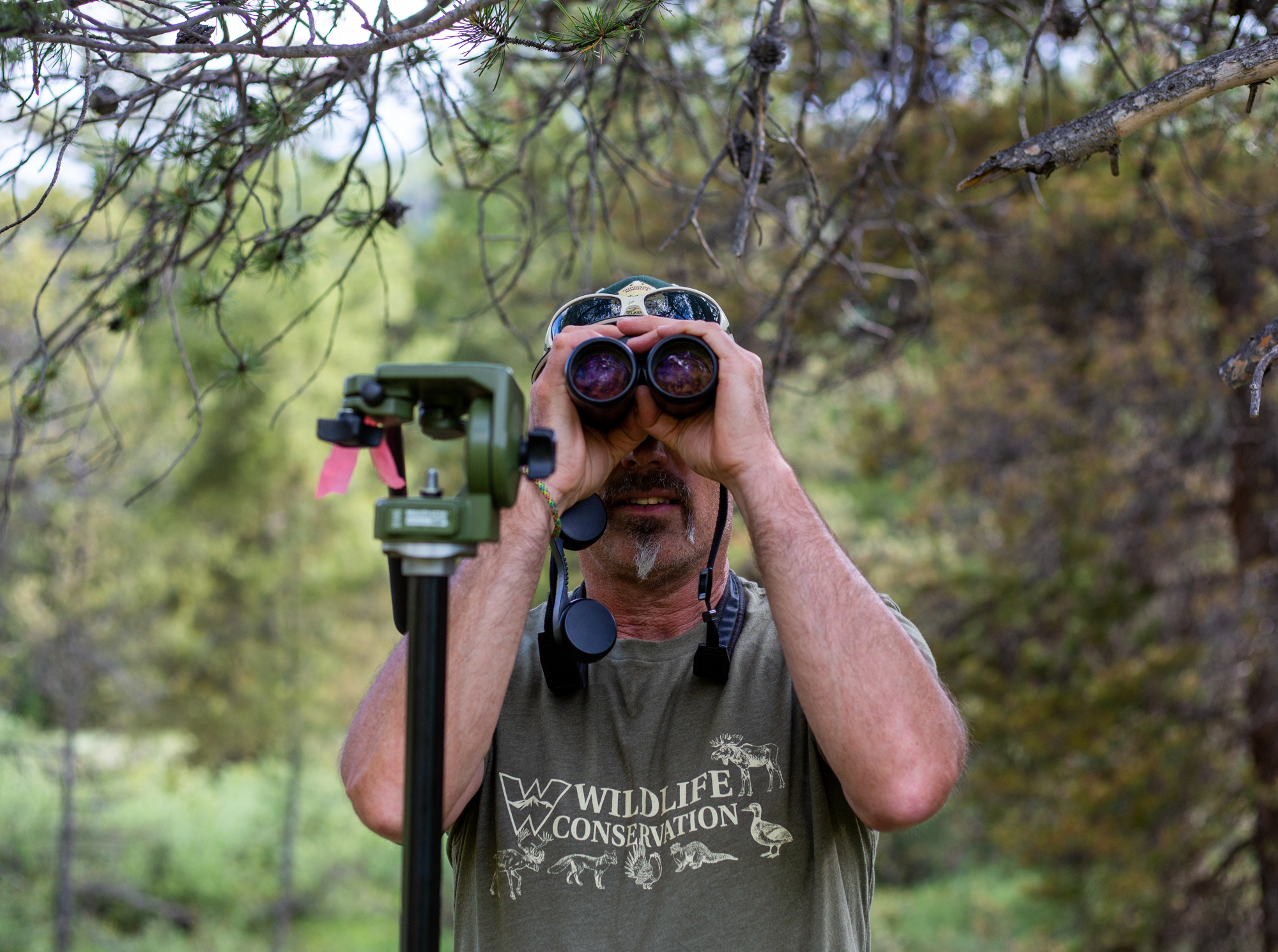 Pat Magee monitors great blue heron nests about 300 meters away, the desired buffer zone. By July 15, when the voluntary closure ends, typically about 50 percent of the chicks have fledged, “a compromise that isn’t perfect, but certainly helps,” he said. 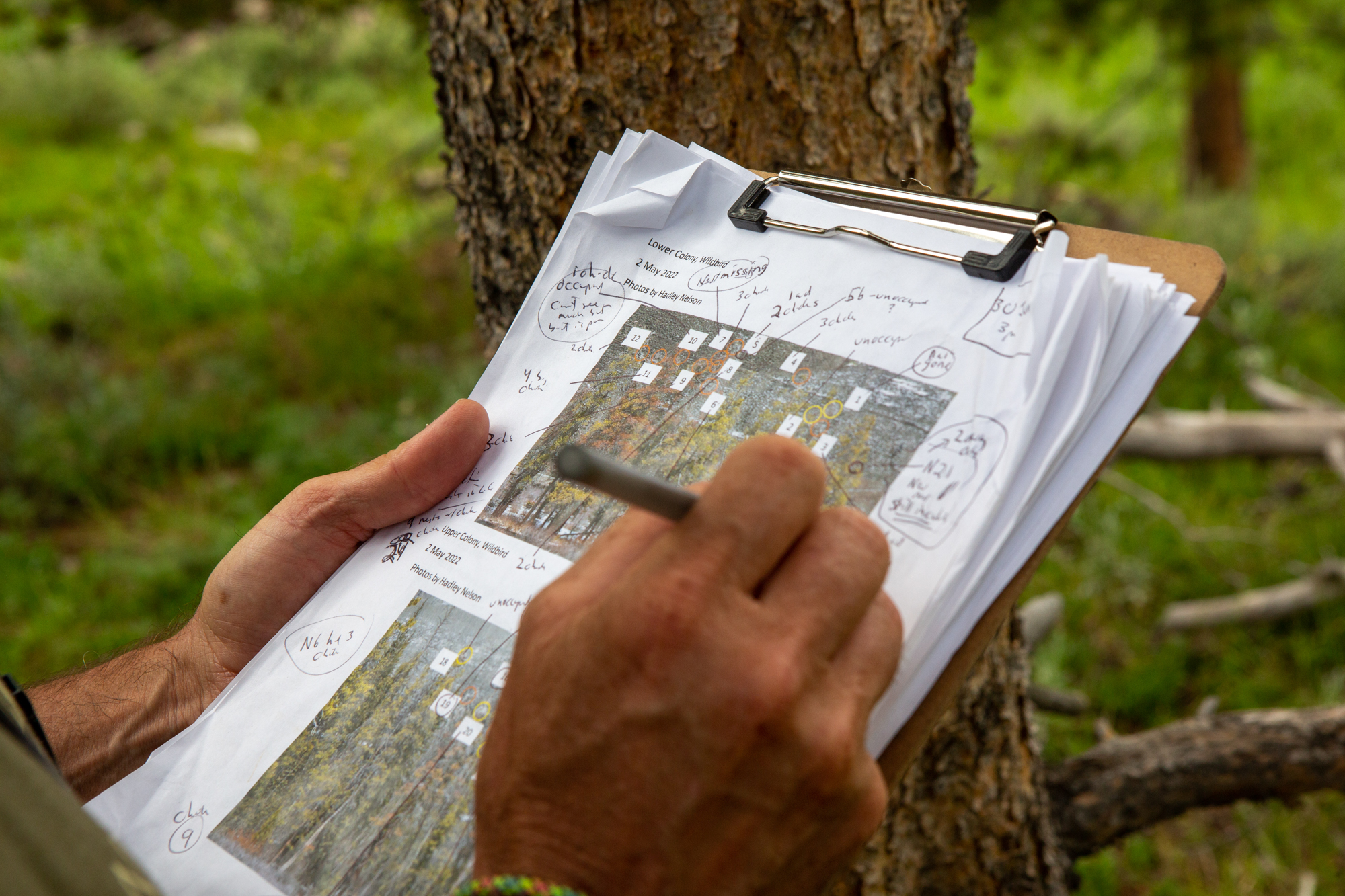 Pat Magee takes detailed notes at each numbered nest site, a ‘dynamic map’ of events as the chicks prepare to take their first flights.

Magee, an associate professor of wildlife and conservation biology at Western Colorado University, has been monitoring the birds since the study began five years ago. About 300 yards away, he observed dead lodgepole pines where the nests are hidden, counting the chicks, which hatched in early to mid-May.

Because great blue herons are colonial breeders, the entire regional population is in one location, making them particularly vulnerable. While river recreation accounts for less than 1% of all recreation in the Slate River Valley, over 80% of heron disturbance is associated with this small portion.

In 2018, Magee recorded 25 active nests. By 2021, the number had nearly halved — “an alarming downward trend,” Magee said. This year it has counted 17, but two fell from the trees during the intensely windy spring months.

One of his students, Camryn Uetz, has been visiting the nests twice a week since the birds arrived in March. She keeps detailed accounts of their behavior and the amount of noise on the road, noting the number of people walking, biking and driving as well as floating along the river.

If the community cannot find common ground – balancing recreation and the space the birds need – their populations will continue to decline, Uetz said.

“It’s really important that we try to preserve what we have left because we’ve taken so much already,” she said.

An exception to the rule

In 2014 stand-up paddling on the River Slate was a novel concept and in 2017 people were ready to fight for it, said Jake Jones, executive director of the Land Trust. Historically, very few people bothered to float it because there isn’t really any whitewater. That changed with the commercialization of stand-up paddleboarding and easy access to equipment, he said.

“A raft is quite expensive, a kayak requires really special training,” Jones said. “But stand-up paddleboards made these rivers accessible to a lot of people very quickly.”

In addition to the data Magee and his students collect, the Land Trust has attempted to quantify usage along the slate each summer and employ a river steward who travels between the Gunsight Bridge and the new boat ramp. Slate River launch to educate river enthusiasts. — giving them as much information as possible to make an informed choice, said Landan Schaller, who started working as a steward at the start of the season. 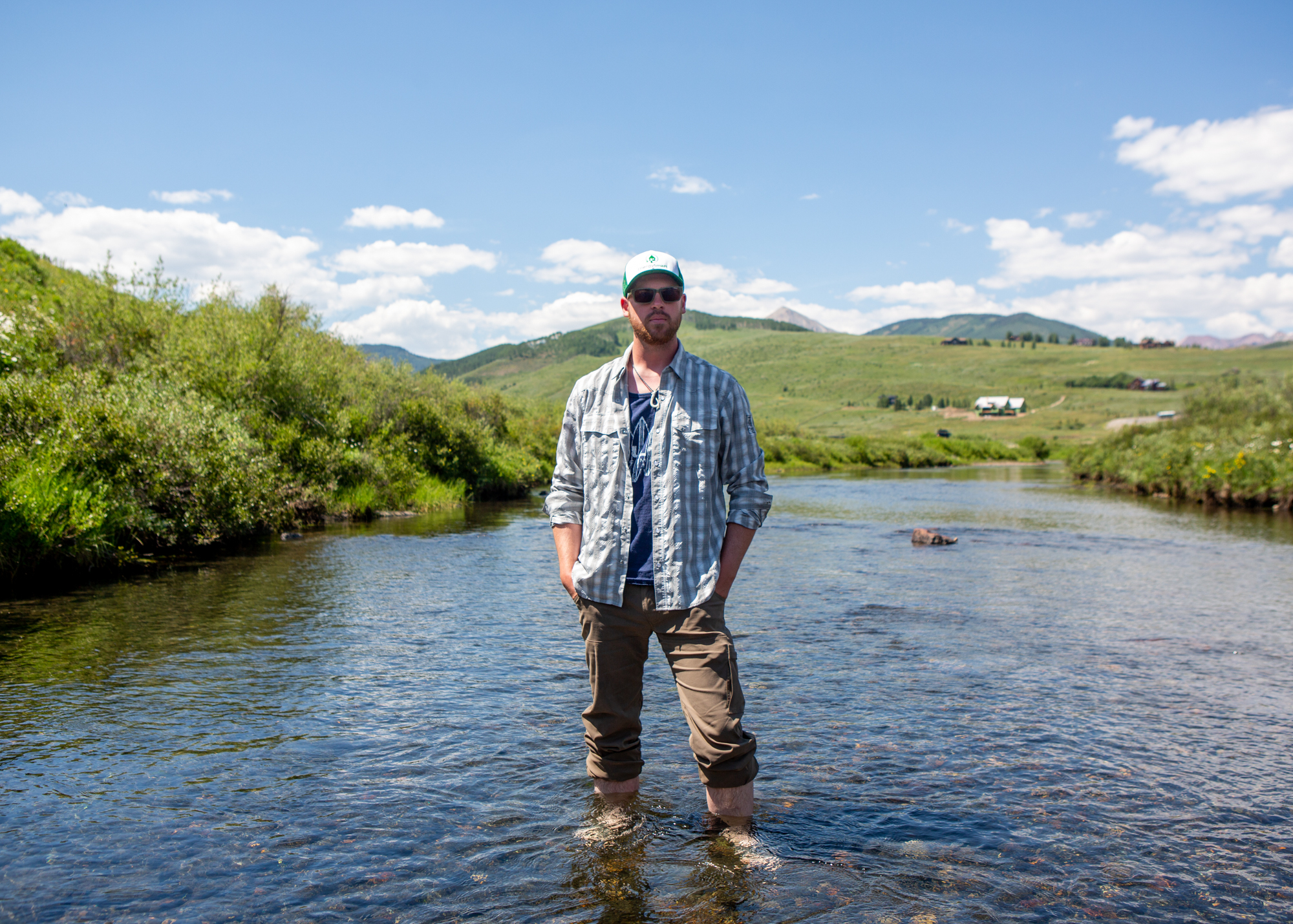 Landan Schaller, river steward for the Crested Butte Land Trust, is responsible for educating river enthusiasts about the delicate balance between wildlife, private property and recreation along the slate.

Even though the ban on voluntary floating means some people choose to float anyway, the Slate River task force’s request has been largely successful. Between 2019 and 2021, the number of boaters floating on the upper reach has decreased by 64%.

“We often hear sad stories in conservation, and when and where people can’t get along and haven’t been able to come up with solutions that work in the long run,” Schaller said. “I don’t think this is one of those stories.”

As the West continues to struggle with the ongoing effects of a 20-year drought, the closure of the upper section until July 15 has often meant a closure for the entire season due to low flows along the slate. The last year with enough water left to float was 2019 – a high enough risk that some might choose to float during the voluntary shutdown because there might be no other choice.

Despite this, Jones compared floating during the voluntary shutdown to someone having a campfire during a fire ban.

“Of course, a paddleboard isn’t going to set the forest on fire, but if everyone makes an exception to the rule, we’re going to lose valuable resources, in this case this bird population,” Jones said. 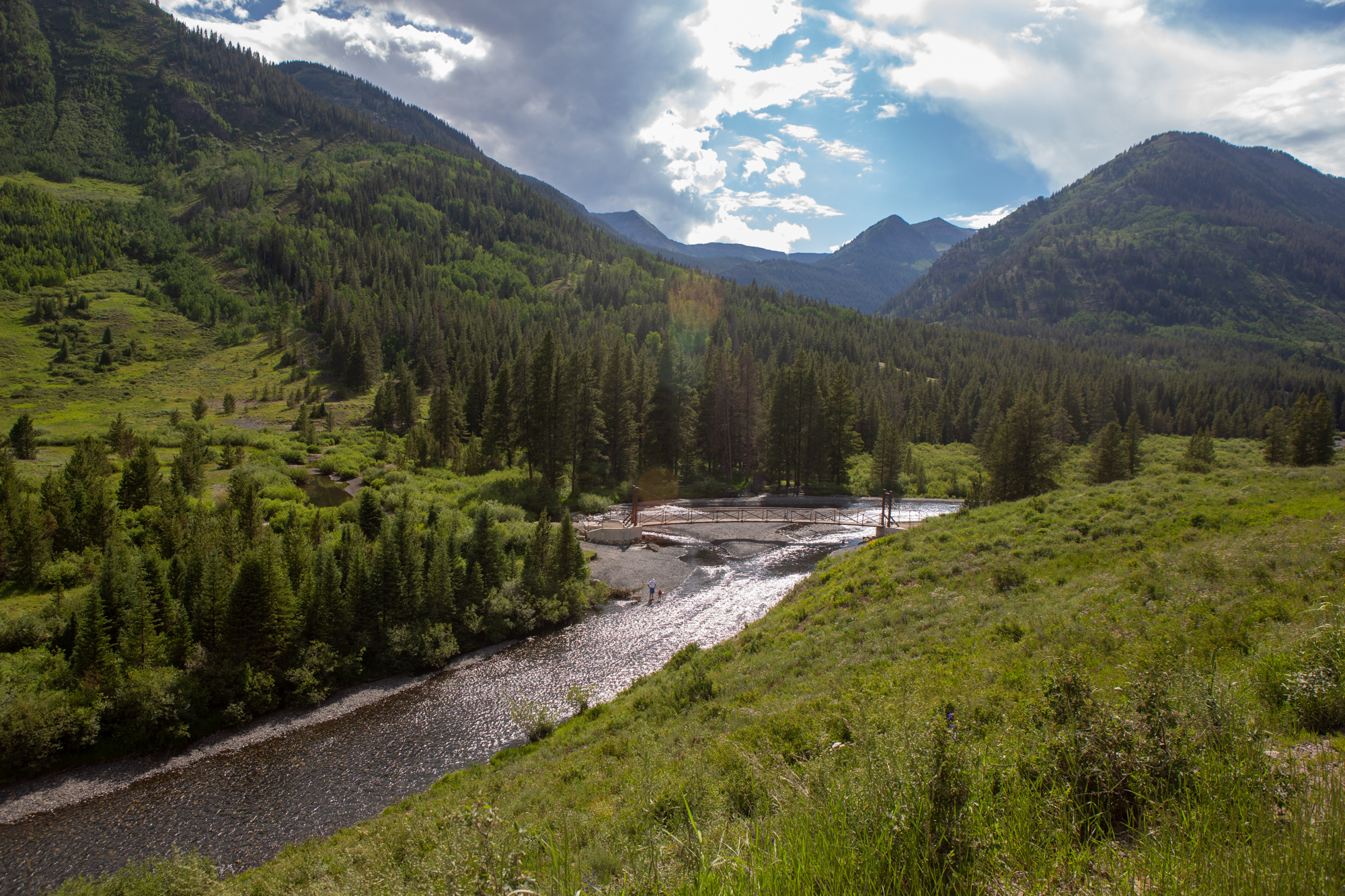 The Slate River flows under the Gunsight Bridge.

Whatever you’re here for, whether you’re honestly looking for a home, looking for new pictures to stick on your dream home’s vision board, or just need something something to watch to pass the time cooped up inside, enjoy a virtual tour of this gorgeous Houston home. A gorgeous home in West University Place is on […]

BUDGET 2022: There’s no place like home for the budget

Breadcrumb Links Ottawa Construction workers work on new houses. Photo by PATRICK DOYLE /Reuters Content of the article There are so many moving parts in the housing industry that sometimes it’s hard to keep them straight. With her last budget on Thursday, Finance Minister Chrystia Freeland introduced measures affecting almost all of them, without really […]