Editor’s note: Daryl Guppy is an international expert in financial technical analysis. He has provided weekly analysis of the Shanghai Index for mainland Chinese media for over a decade. Guppy appears regularly on CNBC Asia and is known as “The Chart Man”. He is a national board member of the Australia China Business Council. The article reflects the views of the author and not necessarily those of CGTN.

Australian Prime Minister Scott Morrison and Defense Minister Peter Dutton demanded that China condemn the Russian attack on Ukraine. “I was particularly concerned about the lack of a strong response from China,” Morrison said. Dutton said Chinese President Xi Jinping should call Russian President Vladimir Putin and tell him the military operation was “a terrible mistake”.

If you call out one country for inaction, then you have a moral obligation to call out other countries that follow suit, regardless of their status within a so-called like-minded alliance. China and two US allies India and the United Arab Emirates abstained in the vote at the UN Security Council, but Australia only criticized China.

Australia’s political leaders did not criticize Indian Prime Minister Narendra Modi for not joining the West in condemning the Russian invasion. Like Xi, Modi called for an end to the violence. Unlike Xi, Modi has not offered to help mediate between Ukraine and Russia.

Australia’s lack of consistency raises two questions. The first concerns how Australia’s foreign policy is shaped. The second question concerns the viability of the Quad agreement which includes Australia, the United States, Japan and India.

The reason for the divergence in approaches lies in Australia’s reluctance to embrace and pursue an independent approach to foreign policy. An independent foreign policy approach allows Australia to assert its own sovereignty and make decisions that support its allies, but are not carbon copies of policy promoted by others in the service of their own interests. 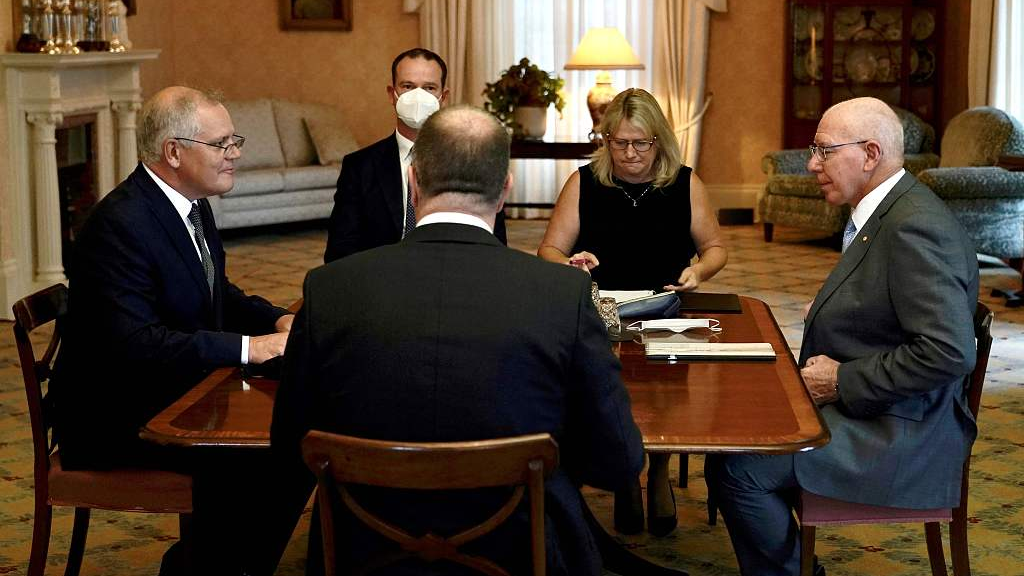 When foreign policy is not sovereign and independent, it means that the exercise of critical and balanced judgment is limited by the need to adhere to political announcements made by others, and in particular those made by United States.

This means that Australia criticizes China but does not criticize India when both countries have the same response. It is a double standard approach that does not go unnoticed by others in the Indo-Pacific region. It undermines Australia’s credibility.

This dependence on foreign policy means that it will come as no surprise if in the coming weeks the United States challenges India and Australia quickly follows.

However, the real question here is not who is or is not loudly condemning Russia. The second question of concern is what India’s actions say about the validity and viability of the Quad deal which includes Australia, the United States, Japan and India. More than any other recent event, Russian military action in Ukraine has exposed the fundamental contradictions and weakness of the Quad alliance.

It was always rude to ask how India’s defense pack was going to be compatible with Australian and Japanese defense systems, which are mostly based on American technology and weapons support systems technology.

Now the question has become different due to the sanctions imposed on Russia by the United States. How India will handle these defense deals with Russia if US-led sanctions are applied to both trade deals and trade deals is an unanswered question. Financial settlement can be blocked and secondary sanctions can be applied to countries like India that continue to trade with Russia.

The other three Quad members cannot make a special waiver for India. If they grant an exemption and allow India to continue military trade with Russia, the Quad’s credibility is shattered. If they don’t make an exemption, then the Quad is reduced to three members for all practical purposes of defense cooperation.

Keeping the Quad intact will take more than a hypocritical refusal to call out India for not condemning the Russian attack. India’s ongoing defense deals and reliance on Russian military equipment create a fundamental tension that divides Quad’s partners and limits the impact of this increasingly unworkable new alliance.

PTI Davos, May 24 India was ranked 54th in a global travel and tourism development index on Tuesday, down from 46th in 2019, but still remained ahead in South Asia. Japan leads the world rankings, followed by the United States, Spain, France, Germany, Switzerland, Australia, United Kingdom, Singapore and Italy in the top […]