House prices at the bottom of the market are down more than $100,000 from last year’s peak in Auckland, but barely budged in Canterbury. This means first-time home buyers have been hit harder by rising interest rates in some areas and are less affected in others, according to the latest Home Loan Affordability Report. co.nz.

It shows that the Real Estate Institute of New Zealand’s lower quartile national selling price peaked at $670,000 in November last year and has since fallen to $630,000 in June this year.

The bottom quartile is the price at which 25% of properties sold each month are below and 75% are above, representing the most affordable segment of the housing market.

Normally, a $40,000 drop in the bottom quartile price would be good news for first-time home buyers, as it would mean they would need less money for a deposit and a smaller mortgage, which reduce their mortgage payments, all other things being equal.

Unfortunately, as house prices have fallen, mortgage interest rates have risen and between November last year and June this year the average two-year fixed rate charged by the major banks is increased from 4.08% to 5.43%.

So how would first-time home buyers fare in this mix?

So far so good – the numbers above suggest first-time home buyers are profiting from the current market slump.

It is when we factor in the effect of rising interest rates that things start to get complicated.

If a first-time homebuyer had a 20% down payment and bought a home at the bottom quartile price of $670,000 in November, mortgage payments would have been about $596 a week.

Had they waited until June, when the bottom quartile price had fallen to $630,000, mortgage payments would have been around $655 per week, up from $59 per week, even though the amount they would have borrowed would have decreased by $32,000.

If they only had a 10% deposit in the same scenario, mortgage payments would have gone from about $770 per week to $838, up $68 per week (taking into account the charges that banks apply to low capital loans).

However, the numbers in the examples above are based on national house prices, and while the variations in mortgage interest rates were the same across the country, there were big regional differences in what happened. housing prices at the lowest in the market.

There have been significant price declines in eight regions – Northland, Auckland, Bay of Plenty, Hawke’s Bay, Taranaki, Wellington, Nelson/Marlborough and Otago, where bottom quartile prices are down significantly from highs in the end of last year/beginning of this year.

In the other four regions – Waikato, Manawatu/Whanganui, Canterbury and Southland, prices have only fallen slightly from their peaks.

For these regions, there was more of a flattening of prices at the bottom of the market than a significant decline.

The only characteristic of price developments in all regions of the country is that prices are no longer rising.

The difference in price trends so far had a significant impact on the extent to which increases in mortgage rates would have affected first-time home buyers in different regions.

But in Canterbury, where prices have simply flattened, the bottom quartile price peaked at $550,000 in February/March this year. By June, it had only fallen to $544,000.

What does this mean for first-time home buyers?

But with mortgage interest rates rising from 4.08% to 5.43% during this period, how would that have affected mortgage payments?

Based on the figures above, they would have gone from around $859 per week in November last year to $894 in June this year, for buyers with a 20% down payment, an increase of 35 $ per week.

So the trend for first-time home buyers in Auckland, where prices have fallen significantly since peaking late last year, is that they now need less money for a deposit and a smaller mortgage to buy a home at the lower quartile price, but will face a slight upside. mortgage payments.

What about Canterbury where prices have simply flattened out?

This means first-time home buyers in Canterbury are getting very little benefit so far in terms of how much they need for a deposit and how much they have to borrow, but are being hit harder by the rise interest rates.

But that doesn’t mean first-time home buyers are better off in Auckland than in Canterbury.

The tables below outline key affordability metrics for typical first-time home buyers in all major urban neighborhoods, with a 10% or 20% down payment: 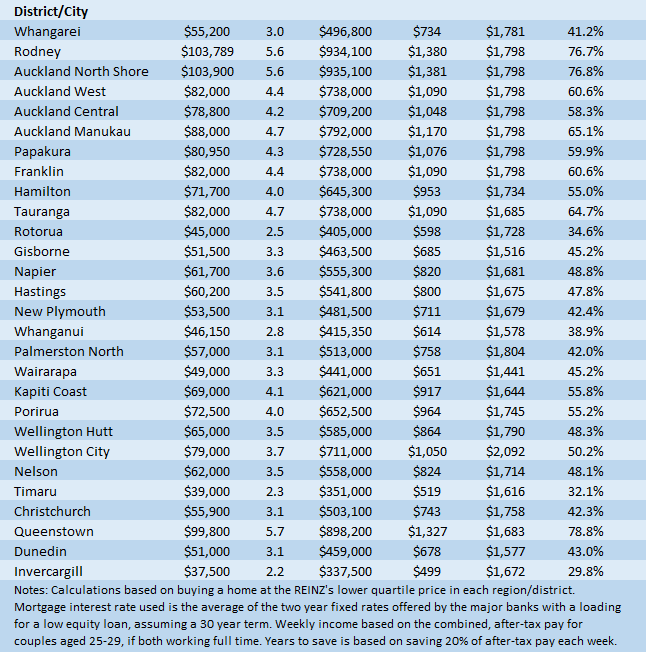 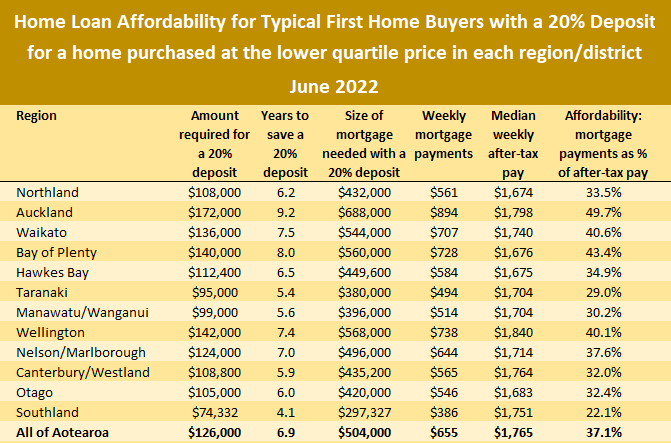 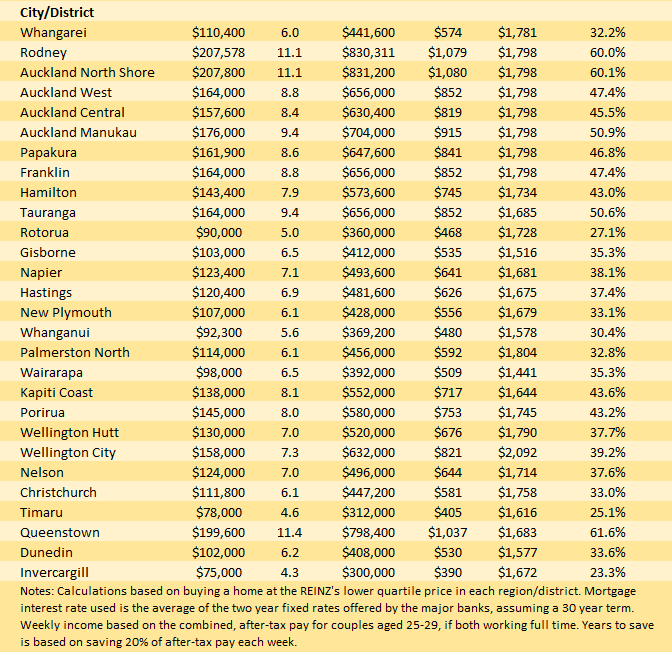 *This article was first published in our email for paid subscribers. See here for more details and how to subscribe.

A battle of tenants for the ages When a landlord drops the “E-word,” overnight, your whole life changes. You realize that any Johnny-late-come landlord can uproot you and kick you out of your home and community. Laura Burns, quoted in The Battle of Lincoln Place Passed with bipartisan support in 1985, the Ellis Act was […]

With their slums leveled, 45 families from Moosarambagh to Hyderabad have nowhere to go

At least 45 families from three slums on the banks of the Musi River were left homeless after an “illegal” eviction by authorities and were housed in a community shelter with no toilets. “With so many men around, how can I change my clothes? I’m even ashamed to talk about it out loud,” says an […]