Rashad Ali Muhammad talks about his work “Abundance”, a mixed media work on special paper using ink, glitter and faux petals at a reception for new artists from Torpedo Factory on August 5 at the Principle Gallery on King’s Street. Photo by Janet Barnet/Gazette Packet

“Now more than ever, it is important that arts organizations work together to support the arts, artists and the dissemination of culture,” said Clint Mansell, Director of Principle Gallery. “The Torpedo Factory Art Center has been an institution in Old Town for nearly 50 years and we are thrilled to team up for the first time to usher in the new class of artists and a new day for the institution.”

“It was scary to be rejuried,” said Anna Shakeeva, who has been artist-in-residence for 26 years. “I’m not good at writing on the app, but I scored high on my original work and in my presentation, so I’m lucky to stay in my studio.”

The artists’ jury took place in three phases. Phase I was a blind review of the artwork only. Phase II examined the artist’s ability to communicate about their art and their progression in their artistic career and Phase III examined the works in person and allowed artists to present directly to jurors.

“I’m delighted,” Muhammad said. “I came to the Torpedo Factory as a visitor, but never imagined that I would actually be here. I’ve been working from my home studio since 2016, but needed a bigger space to do larger scale pieces. I was skeptical about going in, but it was a dream of mine that I hope will inspire other black artists to follow their passion.

The Torpedo Factory Art Center was established in 1974 in a former munitions factory along the Potomac River. After several leadership changes over the years, the facility is now operated by the City of Alexandria through the Bureau of the Arts, a division of the Department of Recreation, Parks, and Cultural Activities. The facility houses 71 studios and seven galleries.

“Tonight is a celebration of the artists who have completed the final round of the open call for studios and space at the Art Center,” said Diane Ruggiero, Director of the Office of the Arts. “We have about 38-40 artists here tonight with about 58 artists coming to the Art Center in the fall.”

This new annual judging process is part of the art center’s Vibrancy initiative, based on the 2021 City Council-approved action plan with selection based on quality of art, capacity of artist to work and interact with the public, working for the greater good of the arts centre/community and diversity, including media, career place and personal background.

New artist Anthony Nsofor is thrilled to be selected for a studio.

“I am delighted, not only to have a space, but also the framework of the torpedo factory,” Nsofor said. “It’s a special place for artists, who usually work in isolation, but here artists can see each other’s creative process and meet the audience.”

Ruggiero said an open call will be held again in early 2023.

“For anyone who applied, if they didn’t get to the capacity they wanted, we’ll have an open call again for a different slate of studios starting in January or February,” Ruggiero said. “For existing artists who have not acquired a studio this time around, we are offering professional development workshops to helpfully put them in a better position when applying for a studio in the future.”

The exhibition at the Principle Gallery, located at 208 King Street, runs until August 21. 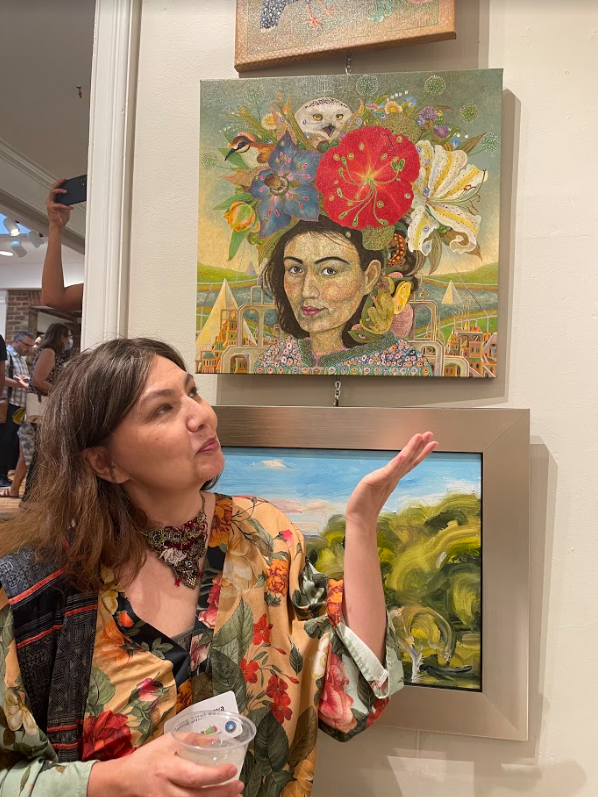 Anna Shakeeva stands in front of an oil-on-canvas self-portrait at the August 5 reception at the Principle Gallery. Photo by Janet Barnet/Gazette Packet 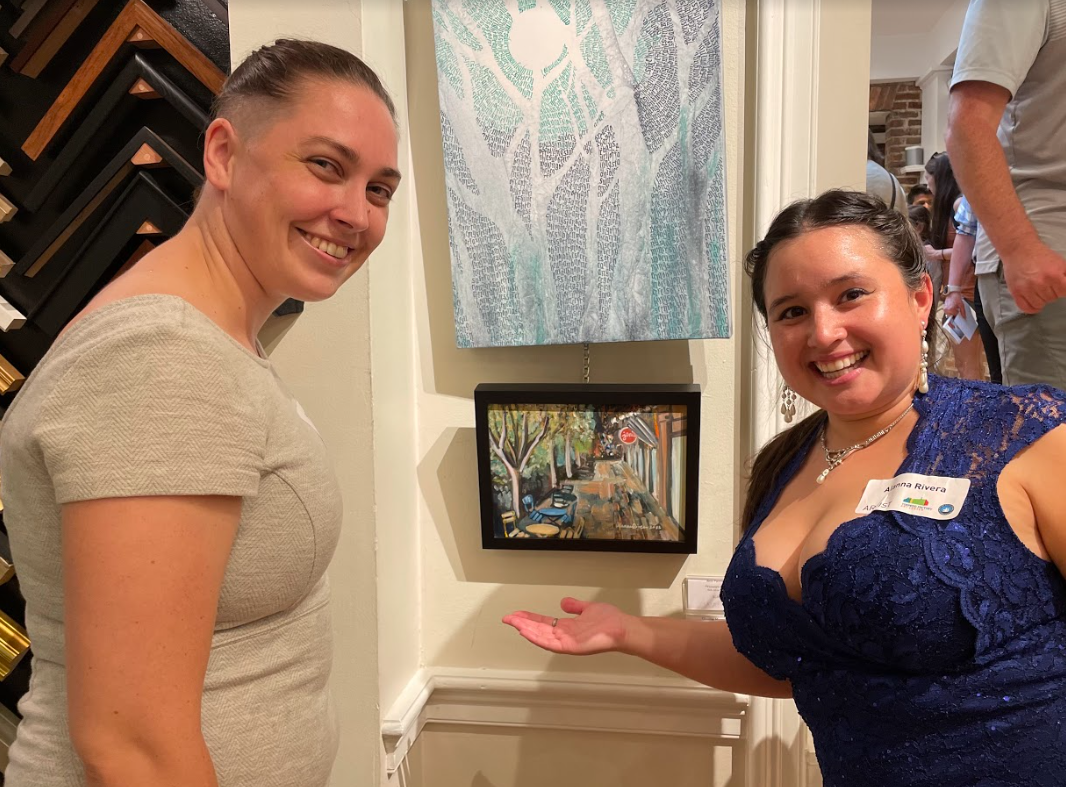 Sierra Barnes and Alanna Rivera stand next to the oil on canvas painting ‘Jeni’s Ice Cream’ at the Torpedo Factory artists’ opening reception August 5 at the Principle Gallery. Photo by Janet Barnet/Gazette Packet

The Cal/OSHA Temporary Emergency Standards (ETS) go into effect today, January 14, with changes such as: Return-to-work criteria are based on employee immunization status and test results. Additional details are provided below. Isolation and quarantine periods range from 0 to 10 days for healthcare personnel (HCP) depending on vaccination status and negative test results. Employers […]

These 3 equity sectors could be the place to be even if the market “turns bearish at the end of the world”.

By Barbara Kollmeyer Critical information for the US trading day Stocks are trying again to try a post-Powell pick-me-up so far didn’t go well on Tuesday. It is that caution is in order, with the sermons of certain large banks. On Tuesday, Goldman Sachs warned of a sticky housing slump that will flatten prices and […]

PORT ST. LUCIE – Jeff McNeil hit everywhere, at every level and in every season – until 2021 left him bewildered. “Something was wrong,” McNeil admitted Monday. “It’s just finding out what it was.” The Mets second baseman regressed after posting a combined .319 average in his first three major league seasons, dropping to a […]